According to law enforcement, violent crime rates in cities in the US are 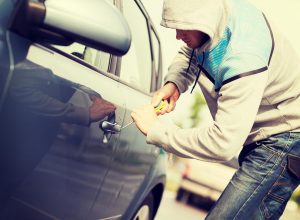 declining. Though, there are still a few cities that have an above average crime rate. If you are planning a trip or a move for a job or any other reason, it is imperative you know what you’re walking into. If you want to know the most unsafe cities in America, they are listed below.

Indianapolis, the biggest city in Indiana and is one most violent city in America. In recent times, Indy has experienced a rise in homicide rates. A few years ago, it was documented that the murder rate in Indianapolis rose more than 50%.

Stockton, California ranks high as one of most dangerous place in the US with over 1,420 violent crimes perpetrated for each 100,000 individuals. Stockton’s aggravated assault rate is very high.

Oakland, California comes in as one of the city’s in the US with a high violent crime rate of 1,425 per 100,000. Crime has been an issue in Oakland since around the late 60s. Rates of robbery are high in Oakland with robberies happening to one person out of every 90 residents.

Crime in Milwaukee is higher than the nation’s average bringing it a high ranking on the list of the country’s most lethal cities. Even though this city ranks lower than the US average for aggravated assaults, other crimes such as rape, robbery, and homicide are way over the average in Milwaukee.

Cleveland ranks high on the list of America’s most dangerous cities. Its violent crime rate is over 1,630 incidences for every 100,000 residents. Like many other cities who fight violent crime, issues such as poverty, urban decay, and high unemployment have all played a part in Cleveland’s high crime rate.